Polocrosse is an exciting, fast and fun team sport. It is a combination of polo and lacrosse and is often referred to as ‘hurling on horseback’.   It’s played mostly outdoors on grass in the summer and sand in the winter with a light cane racquet with a loose net and a large soft rubber ball.

Polocrosse originated in Australia in the 1930s and is now played in many countries including Ireland, Australia, South Africa, New Zealand, Zambia, United Kingdom, USA, France, Germany, Italy and Holland.

Typically teams comprise of 6 players, with two sections of 3. Each section plays alternate chukkas for 6 minutes, resting horses in between. This allows polocrosse players to play matches with only 1 horse. Making polocrosse accessible to many people.

Teams are numbered 1 (attack/goal scorer), 2 (midfield) and 3 (defence), players line up in centre-field against their opposing team. The umpire throws the ball down the middle line. The ball can be picked up, carried, passed and bounced. The objective is to get possession of the ball and get it to your number 1 in the goal scoring area for them to score.

In the summer months each club takes its turn to host a club tournament, inviting all other clubs from Ireland and occasionally from abroad. After a long day of competition there is traditionally a family friendly barbeque, singing and dancing in the evening.

Many clubs hold league competitions throughout the year. The main competition in Ireland that all clubs are vying to win is the Irish Nationals played at the end of the summer each year. There are many other competitions such as the European Challenge which was played in France in 2019 and won by Ireland for the third time. The largest competition in Polocrosse is the World Cup, played every 4 years by the top players in the world. Ireland came 6th in the last World Cup in Australia in 2019.

There are many sizes of horses used for polocrosse however the most typical height would be 15hh-16hh. Most polocrosse horses are thoroughbreds, chosen for their speed, agility and willingness to learn. The majority of polocrosse horses in Ireland are ex-racehorses or racehorses that never made it to the track, because they were too small or too slow. Polocrosse offers a great alternative for the ex-racehorse, most of which thrive and excel in the sport.

To find out more about Polocrosse or discuss an opportunity for your ex-racehorse, email Paula Doherty (paula.adoherty@gmail.com) or call her on 086 818 5929.  Paula has been playing for 15 years and is currently retraining her third ex-racehorse. 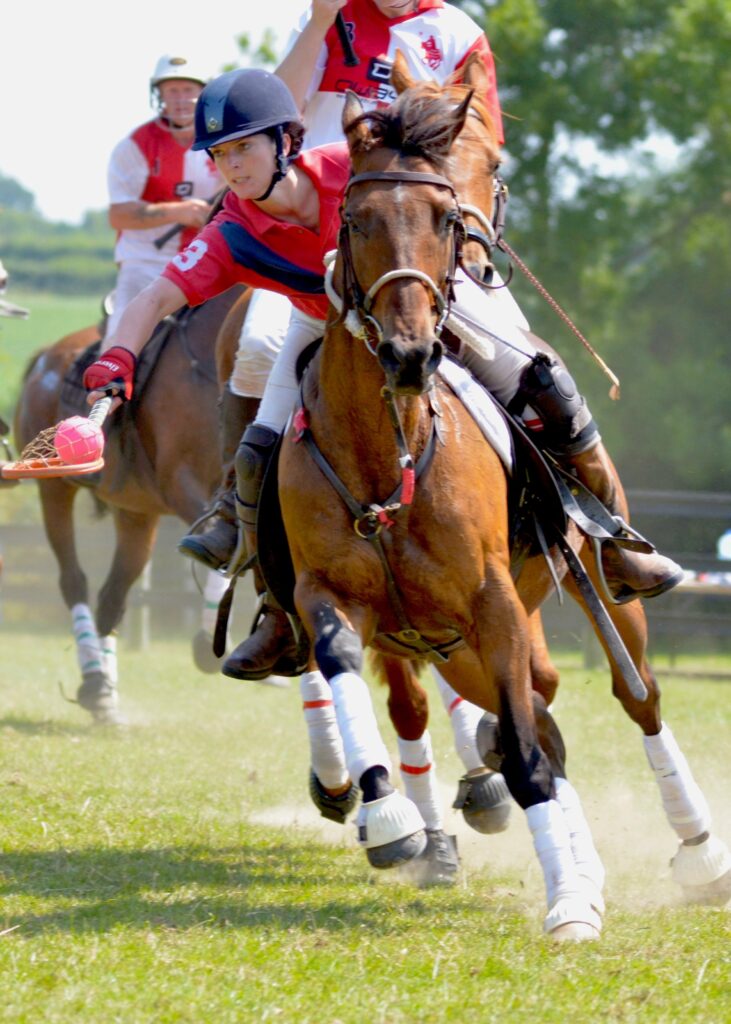